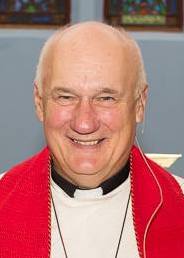 Rev. Terry Lee Grzybowski was born February 21, 1956, in Winona, Minnesota. He attended Concordia College in St. Paul, Minnesota for two years and Concordia College in Ann Arbor, Michigan for two years. He received his B.A. degree in 1978 from Concordia College, Ann Arbor, with a Major in Psychology/Sociology and Minors in Greek and Religion. In 1978 he began pastoral training at Concordia Seminary in St. Louis, Missouri. During his third year, he served as a Vicar at Jehovah Lutheran Church in Pensacola, Florida. He finished his seminary training and received his Master of Divinity degree in May of 1982.

Pastor Grzybowski served on the Education Committee of the Mid South District.  He also served as Assistant Pastoral Advisor on the Minnesota North Active Christian Teens District Board, and on the Crow Wing County AIDS Task Force. While serving at St. Paul's Lutheran Church in Perham, Pastor Grzybowski helped out in the community as Boys and Girls Varsity Tennis Coach at the High School. He was a member of the Perham Rotary Club, led worship at the Perham Nursing Home, served as Hospital Chaplain.  Pastor Grzybowski served as Circuit Youth Advisor, LWML Pastoral Advisor, Circuit Education Representative, Lutheran Laymen's League Counselor, and Alive In Christ Group Leader. He served as the chairman of the first Board of Directors of Family of Christ Lutheran School, a mission project of the Brainerd Circuit. Pastor Grzybowski also served as a member of the circuit Mission committee during the time Mission of the Cross Lutheran Church of Crosslake was being planned, also a mission project of the Brainerd Circuit. Pastor Grzybowski is also a trained Stephen Ministry Leader/Instructor, and is one of the Pastoral Advisors for the Minnesota North District LCMS Human Care Commission.

Currently, Pastor Grzybowski is serving as Assistant Tennis Coach for boys and girls at Elk River High School.  He is chairman of the Elk River Ministerial Association.  He is a member of the CAER Board.  He is also serving on the Parish Life and Nurture Board of the Minnesota North District.

Rev. Terry and his wife Nancy have been married since 1980 and are the parents of five adult children, Timothy, Lindsey, Julie, Jennifer, and Jordan.

Pastor Terry would love to hear from you. Feel free to reach him at pastorterry.grzybowski@gmail.com

Janet is the friendly voice that you'll hear when you call the church office.  She may also be reached at her email address: emmanlutherer@gmail.com

Mrs. Cheryl is the Director / Teacher at Guiding Hands Preschool, "Where Jesus is our Guide."  She can be reached through the church office or her email address: guidinghandsemmanuel@gmail.com

Rae is a wonderful musician who provides the music for our worship services.